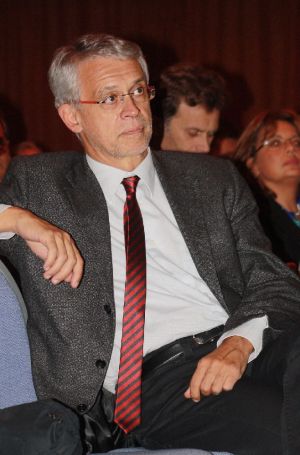 Piero Tarantola, record collector all along, began with the first "free" radios in 1976. He's a founder of Radio Popolare of Brescia, linked with Milan afterwards. One of the most important italian expert about The Beatles, rock and jazz music junkie. He's got a passion for progressive, northern soul and Frank Zappa. He considers Bruce Springsteen to be the most important sociologist alive.

Music critic and journalist, he still collaborates with the magazine "Buscadero", which is all about music and record reviews.

He currently is publishing Director and works on jazz, rock, alternative, indie and soul schedule of Studioradio, and on record reviews, published periodically in the "Press" section.

Beach Boys, Berlin, August 3,2012. The famous Californian band celebrates with this tour 50 years of activity.
Programs
In A Mellow Tone, The Jazz Notes