The Return Of The Vinyl Records.

The ranking of the vinyls is officially added to the Top Of The Music by FIMI / GFK Italy from January 2016. In this way the first press release FIMI (Federation of the Italian Music Industry) of 2016 puts the emphasis sull'inarrestabile return of vinyl, that after a total silence that lasted more than a decade has started to grow again in 2007 and from there it has not stopped since. Possible that in a world that has almost completely dematerialized music still mentions vinyl? What is the perception of the buyers and such as that of the experts? The numbers: vinyl is a niche, but feels. Those who live by bread and technology has no weapons, did not own the mindset to understand the fundamentals of the revival of vinyl: how do you spend € 40,00 for the same content, the more uncomfortable, that is in to Spotify € 9,00 euro per month? Who knows how many times the teenager on duty was asked this question by observing the forty buy 'The Dark Side of the Moon' on double vinyl. 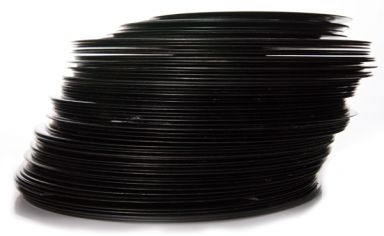 Yet the LP exist, there are numbers and are not negligible in the world : the big chains like 'Media World' , 'Trony' or 'La Feltrinelli' have all devoted to the LP area and the very few shops of survivors discs to streaming music they decided to dedicate to the dear and old records a lot  of space, in the hope of returning to its former glory. Obviously the market data tell us that the vinyl is no longer what it once was, but this is obvious: we are talking about 4 % of the Italian music market (which includes physical media and digital downloads) but with steady growth rates and a increasing attention from enthusiasts and professionals . In November 2015, the vinyl has recorded only in Italy a remarkable + 74 % compared to last year and do not be surprised if in a few years reached 10% of the market.

In other parts of the world the situation is similar or better : in the US, a market that generates far greater numbers than ours, vinyl is 9% of total sales of physical media. Difficult to compare it to our 4 % which includes downloads, but the data is at least comparable : Nielsen has just released its annual report, which compared to a streaming growth of 93% over last year (there doubt that the music of the present and the future is that , 317 billion listen to songs), the vinyl has a + 30 % and, as stated by the same Nielsen, he stayed strong (remained strong) during the year with 12 million albums sold. The rock is the absolute ruler with 68% of all sales of LP, and who has benefited the most are the small shops of independent disks that have obtained 45% of all sales.

It is an immense record collection, an archive that provides free information about music of all cultures and races, from 1950 until today.
News
The Laser Turntable

The revolutionary turntable laser system. A turntable that reads the vinyl thanks to an optical laser system, manufactured by ELP, Tokyo.
News
GZ Digital Media

For over 60 years, GZ and is the most largest European factory of discs. It is located about 30 Km. from Prague.
News
Billy Paul

He passed away, aged 81, the soul artist Billy Paul. His famous 'Me & Mrs. Jones'. For years one of the voices of the Philadelphia Sound of Gamble & Huff.