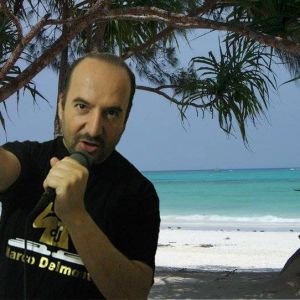 Marco Delmonte begins in radio in 1986, with Tony Marano ( at the time Antonio Lombardi), as audio-engineer and director, and remains there until 1992. In 1992 Number One Radio 91.00 of Brescia, as director and audio-engineer as well. In 1995 arrives at Radio Base, Piadena (Cr), then at Mantova at Radio Rosa, in 1999 Radio Capital Milan and Rome.

He's currently Studioradio's technician Director, and administrator of the software.

Lisa Rossetti has always been passionate about music, he falls in love soon the magic of radio.
Programs
Programming 2018

All Programming 2016. Discover The Day And The Broadcast Time Of Your Favourite Radio Show On Studioradio.
Programs
New Classic On Studioradio

The most important songs of the last years to become the classics of Studioradio, and come right in its vintage planning.
Radio Team
Beppe Profeta

Piero is the Editorial Director of Studioradio, and is also responsible for programming and record reviews. He is specializes in rock and jazz, working with 'Buscadero' magazine.