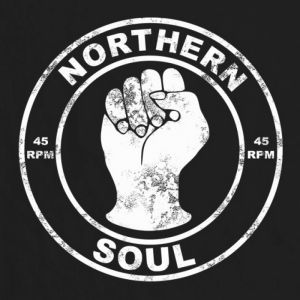 Every Day at 11:00, 14:00, 17:00, 20:00 CET, We Play NORTHERN SOUL, The Unknown Classics Of The Soul Music. An event not to be missed! All Songs selected By Piero Tarantola. An exclusive selection of hard to find songs from our collection. The Northern Soul was a very popular genre in the North of England in the sixties and seventies. Initially, it was like the American Soul Music and R & B. He later became a true genre unto itself. The main places where you could hear were The Torch, The Wigan Casino and The Blackpool Mecca, and the main DJ were Ian Levine of The Mecca (1971-80) and the trio Kev Roberts, Russ Winstanley and Richard Sterling of The Wigan Casino' (1973-81).©

Programs
In A Mellow Tone, The Jazz Notes

IN A MELLOW TONE, The Jazz Notes Of Studioradio. Every Tuesday and Thursday evening, the great jazz awaits you with a selection of unique and compelling songs.
Programs
Radio Web

The Internet World On The Radio. Everything about the new information technologies, with Maurizio Rossi.
Radio Team
Piero Tarantola

Piero is the Editorial Director of Studioradio, and is also responsible for programming and record reviews. He is specializes in rock and jazz, working with 'Buscadero' magazine.
Events
Happy Birthday STUDIORADIO !

First birthday for Studioradio. To celebrate this first year, a long night with the disco music of the best years.
Press
Springsteen at San Siro