The Web Festival dedicated to The Web Series & Fashion Films. 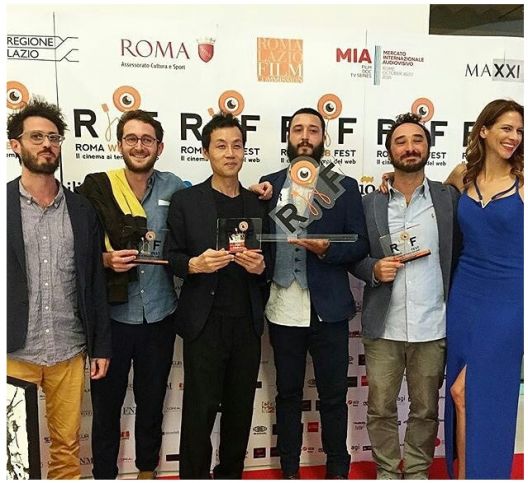 Roma Web Fest is a showcase for young talents that with new technologies they found new expressive ways and a boundless stage to be known: the Internet. From that moment began the great adventure of the first Italian festival dedicated to web series and fashion films (the third in the world after Los Angeles and Marseille), in collaboration with the MiBACT with the Lazio Region, the Rome and Lazio Flm Commission and many reality of Italian cinema. The Roma Web Fest creates an international network with other web fest, allowing Italian filmmakers do appreciate their work beyond the borders of our country. Partner of the most important Italian film reality, the festival reaches an undisputed reputation and promotes jointly with the University of La Sapienza the first Italian workshop dedicated to web series. The third edition of the web Rome fest was held in September 2015 within the beautiful spaces of the MAXXI, the National Museum of XXI Century Arts. The Rome Web Fest today, promotes a new model of coupling between the traditional film market on the one hand, new authors and youth productions that use the web as a production and distribution channel, on the other. It 'a permanent showcase of young talent and independent productions. In this context, RWF is the media event of structured action and continues working on the web. Representing the traditional media moment of a permanent media space where propose ideas, present projects, search for authorial and productive counterparts. A market fair, lively and dispersed world of the web, project yourself into the film industry. The festival event, built in the traditional way, through an annual event, even allowing for the generation companies not oriented to technological innovations to meet and take immediate contact with new authors, directors and actors present in the days of the Festival. It 's a festival-market which aims to invest in the promises that populate the web series to turn them into reality, a new cinema and closer to the tastes of the public. A reality thanks to the involvement of Italian and international brand strives to restart an economy based on culture, innovation, creativity and meritocracy. Studioradio is the official radio partner of Rome Web Fest 2016, represented with a stand at the National Museum of XXI Century Arts in Rome for interviews and news in real time, for the final of 25 September 2016.