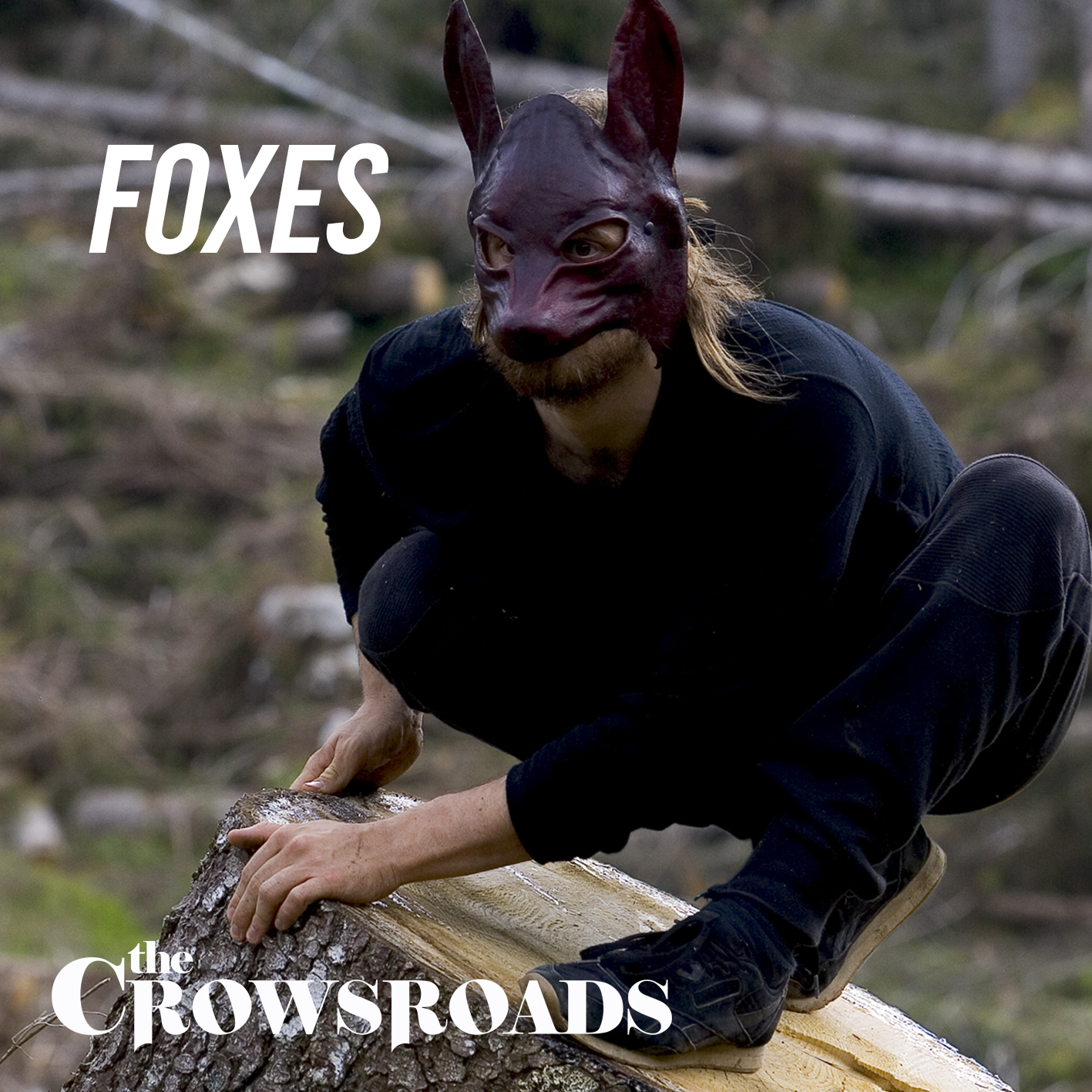 The single "Foxes", the first from the Crowsroads' new album "On The Ropes", was released in all digital stores. The 'Brescia duo' presented the single and the new album at MEI (Meeting of Labels The single "Foxes" was released in all digital stores, the first excerpt from the Crowsroads' new album "On The Ropes". The 'Brescia duo' presented the single and the new album at the MEI (Meeting of Independent Labels) in Faenza, Saturday, October 5 at the Palace of Exhibitions.""Foxes" is a satirical story about the invisible logics of mass distraction - says the band - when in doubt one blames the most convenient subjects unable to defend themselves (nature, in this case the foxes) when in fact it is the man himself who causes everything and tries to hide it to himself".Accompanying the single is available on YouTube the related video clip directed by Carlo Tombola (teacher and director in the past for videos of Subsonica, Afterhours, Casablanca, Giulio Casale) set in the woods of the Dolomites to remember the damage reported by the "Tempesta Vaia" that between 26 and 30 October 2018 wiped out thousands of trees on the slopes of the Dolomites. The protagonists of the video are the children of the Uncensored Runner school in Padua specializing in the discipline of parkour, an activity that consists of overcoming obstacles with race, balance and speed in harmony with the surrounding environment."On The Ropes" is the long-awaited new album of unreleased works by the Corvaglia Brothers, aka 'The Crowsroads'. The album is released by Vrec Music Label (Audioglobe distribution) in Mp3 version, digital streaming, CD and limited edition vinyl. "On The Ropes" is the first album totally unreleased by the Brescia duo: on the tracklist of 12 songs are several guests including the British singer-songwriter Sarah Jane Morris who duets on the song "Seaweed", the Portuguese singer-songwriter and multi-instrumentalist Frankie Chavez in "Monologue", the American musician and producer Jono Manson in "The Gardener's Daughter". There is no shortage of level musicians who have recorded the album and will sometimes accompany the duo on some important live events: Phil Mer (drums), Andrea Gipponi (bass), Michele 'Poncio' Belleri (guitars), Michele Bonivento (keyboards) and Antonio Giovanni Lancini (classical guitar and mandolin).

The CD version of the album also includes the song "Everytime That You Walk Out The Door" remake with a new English lyrics, of the famous song by the Brothers La Bionda, "Every time you leave" (also released as a single entirely in Italian). The album was produced by Antonio Giovanni Lancini, who also edited the arrangements and by Paolo Salvarani, recorded by Paolo Costola at "MacWave Studios" in Brescia and mixed and mastered by Lorenzo Cazzaniga, sound engineer of Italian artists such as Claudio Baglioni, Enrico Ruggeri, Negramaro etc. at the "Alari Park studios" in Cernusco on the Naviglio (MI).

Master is the new format of Studioradio, designed and built to promote new voices and emerging group.
Events
The International Radio Festival