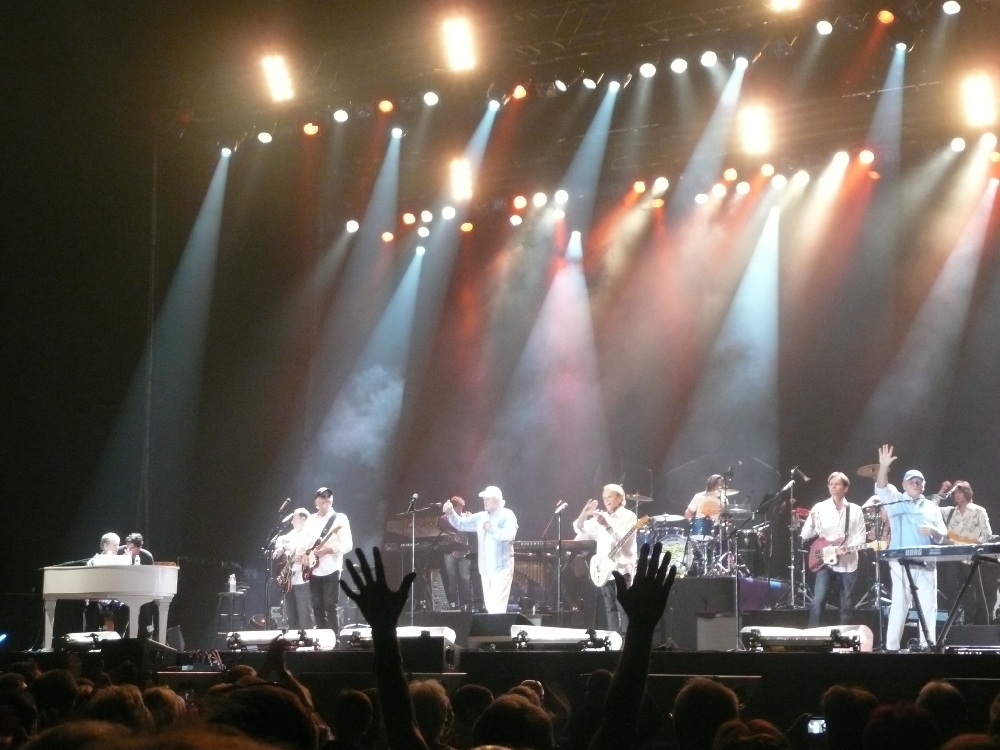 Let's go back to the summer music outdoors with the great Springsteen concert at San Siro which we have already spoken. The significant events have been many. I personally attended the concert the Beach Boys in Berlin. The famous Californian band celebrates with this tour 50 years of activity. The group gave no news of him for many years. They were well-known fact that disagreements between Brian Wilson and Mike Love resulted in legal disputes, the courts and all the usual casino. Mike Love was going around with a group called its Beach Boys and Brian Wilson, the author of all (or almost) the music, he turned with his own band. Chiramante no one took into account Mike Love and his cover band and all the great Brian omaggiavano. Once back on the scene for about ten years, after serious psychiatric problems, Brian had finally won his plane phobia and tour and had arrived in Europe to revive his masterpieces including the '' Smile '' album dropped in 1967, and finally he resumed in recent years. No one believed more like a reunion of the group but, you know, there are many arguments to convince Love and Wilson to make peace. Let's say that the money could be one of these.

There are goodbyes were painful in recent years, the two brothers Brian, Carl and Dennis are gone but the spirit of the Beach Boys is not dead. The group has staged supported by the band Brian Wilson, now tried and tested to perfection on the repertoire. Wilson fact he recorded his last disc with this group of at least ten years following him on tour. The look of our is not that good. All over 65, they appear to a group of retirees in pleasure boats. No special effects, no video, smoke, psychedelic lights. Nothing at all. Just the music. In fact, as soon as the band begins (Do it again to open) we are transported to California, its sun-drenched beaches, the sea with the wind in your hair and a surfboard under his arm. The Beach Boys music is of course much more. Brian Wilson has composed one of the most important albums of all time (at par with SGT Pepper's Beatles), the '' Pet Sounds '' that can not fail to touch our hearts when we listen again. Of course there is also room for some songs from that album, the group spans his entire repertoire including the last album released to coincide with the tour. I must say that I also enjoyed this new record and that of Brian Wilson pen feels all right.

Just Brian in the first part of the show looks a little in the shade, he sits at the piano, sings a little, probably it sounds even less. The lion's share is done by Mike Love, a true front man with the voice miraculously intact despite past 50 years from the first record. Do not miss the contributions of Alan Jardine and Brian Johnston two other excellent value vocalist. In the second part finally it's up to Brian, '' God only knows '' is extraordinary but come also from the parts of '' Smile '' with its bold and experimental music. '' Good Vibrations '' and '' Heroes and Villains '' leave stunned by the complexity of the vocal structures and the expertise with which the whole band plays them. The concert ends after about three hours. We listened to 49 songs (yes, forty-nine), I had some doubts before the concert but after pochiminuti I noticed that the Beach Boys are always the Beach Boys, great music, almost perfect voice imapsti, great fun and great heart. Add to this some of the most beautiful songs I've ever listened to, we must admit that the evening is particularly successful. The Berlin O2 was full as an egg: 17,000 seats. Congratulations to Brian Wilson for the great success replicated across Europe.

In fact, the Beach Boys have also come from us: two dates in Rome and Milan. Let's talk about Milan. The city does not attract the crowds of tourists in Berlin (in the evening it is hard to find a place not only the restaurant but also the brewery or fast - food) and program a concert at the Hippodrome on July 26 (standing room and ticket 60 EUR) is at least singular. The Beach Boys have played very well but the audience was not very numerous, at least not as the other parties in Europe. This organization somewhat reminds me of the Rolling Stones concert scheduled at the stadium of Turin (!!) on 28 and 29 July of twenty anuses ago. The city was empty for the holidays, of course, and the band canceled one of the two dates. If we add to this that the places where you can listen to music in Italy are still poorly accessible and usually not suitable for the purpose we understand that the will of the fans is often put to the test. There were also musicians who have come in Europe and in our country. Since time immemorial there was no Tom Petty I had seen along with Bob Dylan does not know how many years ago the Arena of Verona. Our has performed with the band ever since the Heartbreakers at Lucca. Here this is a smart way to take advantage of the beauty of our country. The Lucca Summer Festival for years offered foreground musicians in the picturesque setting of the town square. It's worth going if you have the chance. But we must not confuse the highest quality show like Tom Petty and the Beach Boys with spectacular show, however that still music contain the goose. I refer to the Madonna tour which was characterized mainly for the controversy, for some of his attitudes on stage is likely to produce just no connection with the music or the show. Last but not least a show in Paris in a small room where he had made an appointment with his most diehard fans. The Diva has presented overdue, she sang little and is gone between the whistles (of course fans). All this to say that often the reputation of certain people is based only on external attitudes of hollywodiane sets that hide the complete lack of music. This tour very much but almost nobody has spoken has mentioned the music. Better retired Californians: no lights, no video, no dwarfs and dancers. But try to listen to them. 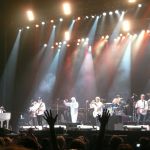 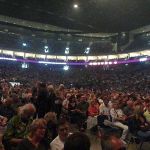 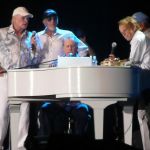 Piero is the Editorial Director of Studioradio, and is also responsible for programming and record reviews. He is specializes in rock and jazz, working with 'Buscadero' magazine.
Press
Springsteen at San Siro

Piero Tarantola collects for Studioradio the emotions of the Bruce Springsteen concert in Milan, San Siro, June 7, 2012.
Programs
In A Mellow Tone, The Jazz Notes