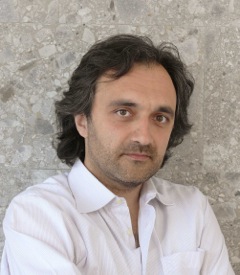 Marco Antonucci began in 1984 as a speaker on Radio Alpha Centauri: after working in other radio and television, including Cinquestelle circuit, Tele Boario, Radio Mela, Bergamo TV, Video Music. In 1985 he makes one of the first radio programs kitchen. Following dedicates his interest in music criticism, taking care of various sections of local and national publications and founded several fanzines with colleagues.

Marco is currently the Director Head of the Studioradio News.

Lisa Rossetti has always been passionate about music, he falls in love soon the magic of radio.
Events
The International Radio Festival