Great success and big audience for 1st Megaraduno disco's Peeter Club Castelli Calepio (Bg) and Mary Baby Villongo (Bg), which drew in the celebrations of Foresto Sparso (BG) as well as a thousand people who relived for a few hours the magical atmosphere of the 70's, 80's, 90's with music and deejay Studioradio, Tony & Alberto Marano Musi, and with the live radio streaming for all those who were unable to intervene.

Impeccable organization of Ilario Ongaro, the manager at the time of the Peeter Club and Baby Mary disco's, who strongly wanted this event together with a 'handful' of irreducible that very often frequented these premises and who still lives with nostalgia for those beautiful and unforgettable moments.

It is not even the lack of gastronomic event, with the opportunity to taste the specialties of the area, even as the beautiful fireworks that closed in a wonderful event that will surely be back soon to talk about though. 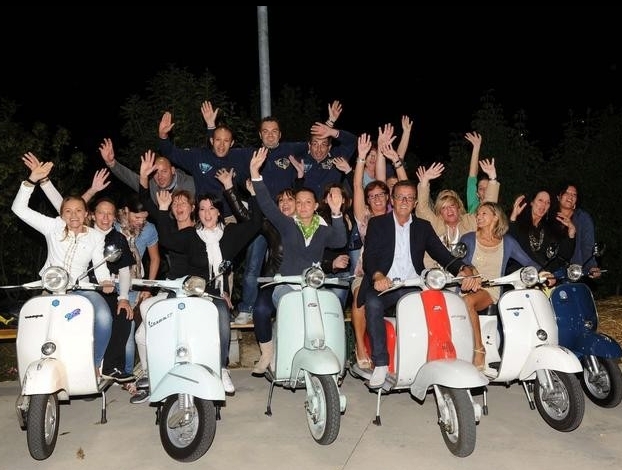 In the picture above the people of Peeter disco & Ilario Ongaro manager, on the orange Vespa.

Available here the photogallery of the event, broadcast live streaming from our radio. 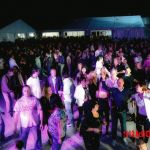 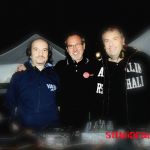 The second edition of the mega rally of Peeter Club and Mary Baby Disco's. The music of the best years in partnership with Studioradio.
Events
Peeter Club 3° Megaraduno 2017

Carlito 's Way, to relive the myth of the '70s, with a wonderful Al Pacino, directed by Brian De Palma, and a great soundtrack.
Press
Under The Influence Vol. 8

Under The Influence Vol.8, the new compilation by our friend Woody Bianchi published by ZR Records & Joey Negro, available in all records shop.