Share what you're listening
ON AIR
Chantal CurtisGet Another Love1979
NEXT ON AIR
Janis IanFly Too High (disco)
Phreek Ft. Donna McgheeMay My Love Be With You (joey Negro)
Isaac HayesTheme From Shaft (extended Version) 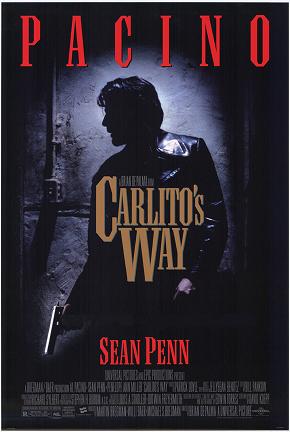 Perhaps one of the best film with Al Pacino Scarface, Carlito's Way takes us directly into a story set entirely in the 70's, where language is the drug, malfeasance, and music.

We do not want to tell the story, we just want to invite those who have not yet done so to enjoy over two hours of pure cinema, in a film that is a true masterpiece, either for the setting, the plot, the more engaging music.

And perhaps because the Italian dubbing Al Pacino is once again entrusted to the amazing Giancarlo Giannini.

The film also offers an accurate reconstruction of a nightclub at the time, a discotheque, and the accompanying music complete the work.

In addition to the DVD distributed by Cecchi Gori, it is commercially available also the soundtrack of the film released by Sony Music, a compilation of songs on the album, and not only, really very beautiful. Unfortunately, today is not yet available for italano market a video version in Blu-Ray HD.

2. "Rock The Boat" The Hues Corporation

3. "That's the Way I Like It" KC and the Sunshine Band

13. "You Are So Beautiful" Joe Cocker

First birthday for Studioradio. To celebrate this first year, a long night with the disco music of the best years.
Programs
Disco Party

Studioradio is the ideal 'soundtrack' for your commercial business. 100 % music, so much information, no advertising.
News
Nothern Soul, The Movie

Northern Soul, a movie that is a journey in the English soul music of the '60s, including music, drugs and the most famous clubs of those years.