The Double Cd With 25 Songs Performed By Many Bands Who Play And Interpret The Music Of The Famous Italian Band 'Pooh'.

Is one of the italian records of 2015, available in all stores and on digital platforms, and is a double CD entitled 'Pooh Tribute Band'. It contains 25 songs performed by many bands playing the music of Pooh.

"The Record, besides being a beautiful tribute to our history, are truly born with the desire to thank and give visibility to all those musicians who for years devoting their passion and their time in interpreting our songs. After a long and careful selection I did get in our studio in Milan over 107 musicians from all over Italy, to record one of our songs, providing them with some of our historical instruments and making them work with Alberto Roveroni and our other engineers.

Even the cover was designed by the talented Flora Sala, historical creator of our cover since the days of 'Days' Infiniti', as well as mastering, performed by the great Antonio Baglio of the Nautilus. In short, I tried everything to be done as a Pooh hard and the result feels, and it shows!

Not least, on this record from primates, (was not it ever happened in the world that so many groups came together in one project dedicated to their band Heart), in the song that closes the work, a 'Parsifal' in full, I I had the pleasure of 'hosting' more than a hundred children between orchestra and choir of the Conservatory of Vibo Valentia 'F.Torrefranca' direct from Quadrini Master. And in this way we have involved more than 200 musicians!

On paper it might seem crazy, a huge job, and I do not deny that it has been very challenging, but I'm glad I made, I hope, a dream. "

The double CD contains the track 'The First and the Last Man' performed by tribute bands REGENERATION, guest of Studioradio in the demonstrations held by the band in the major squares of Italy. 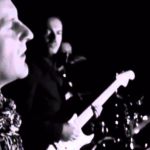 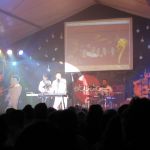 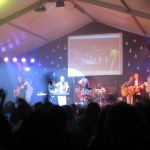