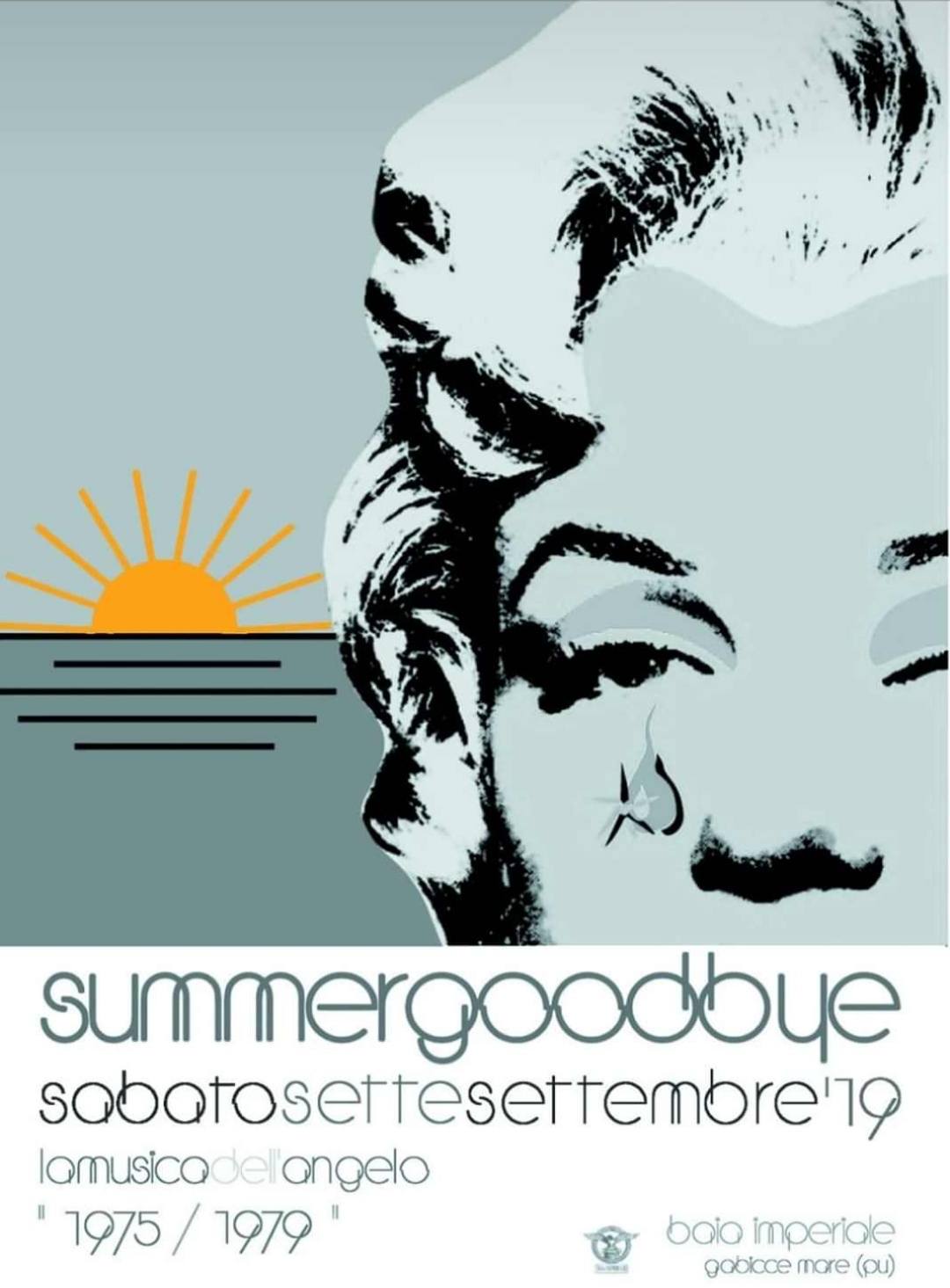 Summer Goodbye, with the music of the years 1975-1979, the golden years of disco music, funk and soul, of places like the Studio 54 in New York, the Paradise Garage, the Loft, and the Bay itself, which in 1985 it would become the Imperial Bay.

Summer Goodbye is the event that greets the beautiful and fantastic summer that is coming to an end. The event will feature the historic 'Baia' deejays: Mozart, Rubens and Gigi Dellavilla, who have contributed to making this venue famous throughout Europe. Also this year a great party to remember the summer just passed, the new loves born and new friendships.

A long night with the music of Mozart, Rubens and Gigi Della Villa, starting at 00:30, live worldwide only for Studioradio! These Deejays were the pioneers in Italy: in fact they went crazy just in the same years in which, in the United States, they talked about Studio 54, Paradise Garage, Loft and Larry Levan, Tom Moulton, Walter Gibbons, Tony Mancuso.

After the countless public consents obtained last year, also this year the organizers decided to entrust the Warm-Up to the excellent Crosby DJ (Giampaolo Cicconi) starting from 11.30 pm (CET), with strictly vinyl records. 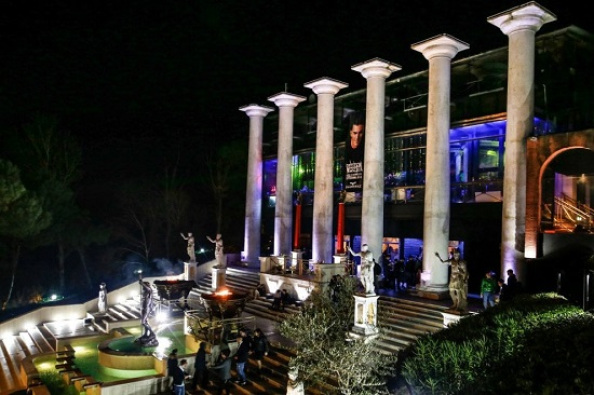 The 'Baia Imperiale', located on the hills above Gabicce Mare, on the border between the provinces of Rimini and Pesaro, draws public both from the Marche and Romagna, but also from Lombardy, Veneto and Piedmont. The disco rises above the sea, and enjoys a wide and spectacular panoramic view. The strategic location makes it a fundamental stop for holidaymakers on the riviera who frequent Rimini and Riccione. The disco is surrounded by a mythological halo and the pomp of the imposing columns recall the appearance of a huge Roman temple of the Augustan age. The Baia Imperiale has never lost its centrality and importance in the world of the night, and attracts tourists from all over Europe, offering nights of fun at 360 degrees with four musical environments including: the Senate room, follows the track of the Zodiac, the pool hall and the terrace. The Club, despite its high tourist vocation, also holds events during the winter that are always very successful. La Baia received the Golden Moon Awards in Las Vegas as the first nightclub in Italy and 19th disco in the world 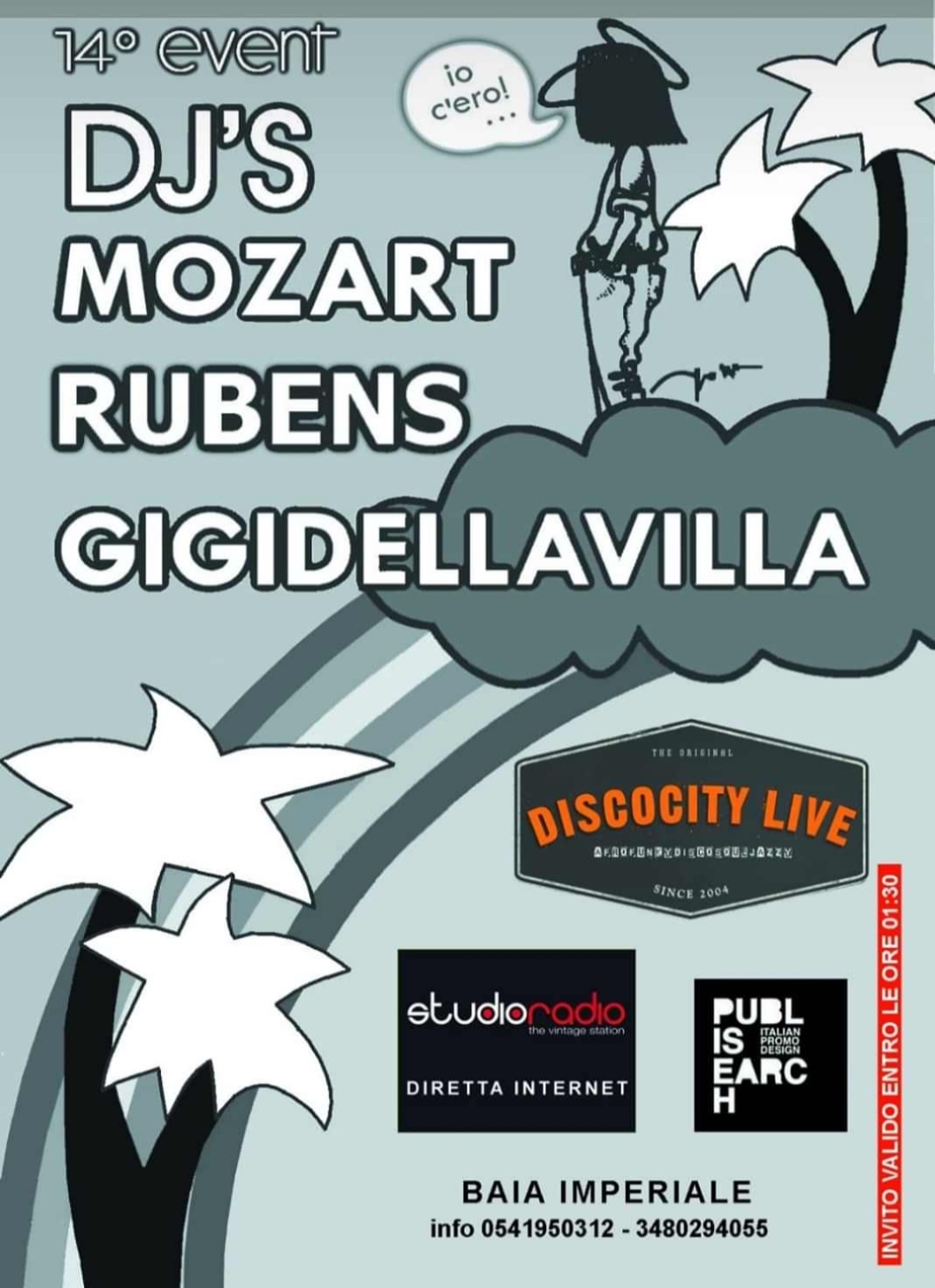 Event in collaboration with :

For Images thanks to Marco Reverberi, www.discocity.it

The Imperial Bay was transformed for one night into Angels Bay, and hosted an event unique and unmissable.
Events
Summer Goodbye 2016

Technical director of the external direct of Studioradio, he is the Facebook page administrator.
Events
Studioradio on Radio Phenomena